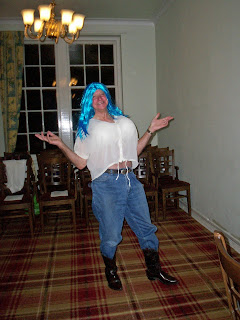 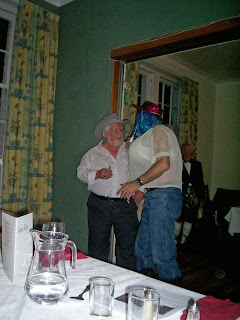 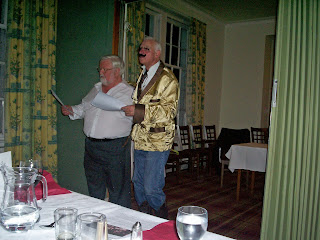 We were once again at Arrochar to celebrate Nelsons Victory at Trafalgar. Although our ranks were somewhat depleted we still had a very good time. The Dinner was excellent and S/m Brian Mackenzie gave the toast to Nelson. We held a raffle which raised a nice sum for our funds. After dinner we held a SODS Opera. This most appreciated by the members and their guests. S/m Alec Thomas was the director/producer with the appearance of Kenny Rogers and Dolly Parton (Kenny and Brian) not to forget the Brothers St John and other supporting acts with the cameo appearance of Sir Alfred Hitchcock (Eddie Pollar).
Posted by R N A. CHAIRMAN/P R O at 12:14