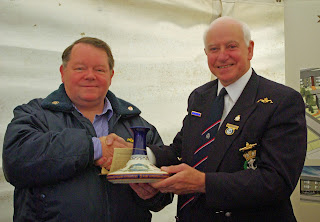 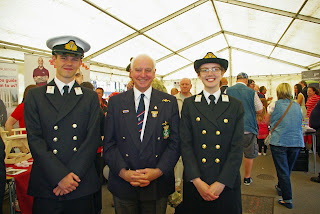 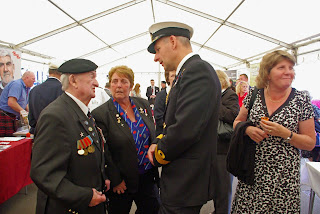 Glasgow held it's Armed Forces Day on Sunday 29th June in George Square. We had a stall with gizzits and a rum barrel which went down well with the civilian. Members on the stall were S/ms Kenn McKinnon, Brian Mackenzie and Joan Lowe ably assisted by two from the WRNS Association. S/m Eddy Pollar commanded the RNA contingent who marched from Holland St to George Square and the standard was carried by S/m Kenny Grieve. A big thank you to all who took part. Photos: The winner of the Pusser's Decanter getting presented by area Chairman Brian Mackenzie. S/m Brian with two URNU Midshipmen. The commodore chats to an old veteran before sampling a tot from the Glasgow branch.
Posted by R N A. CHAIRMAN/P R O at 11:03