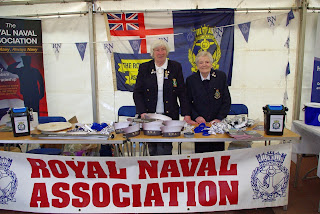 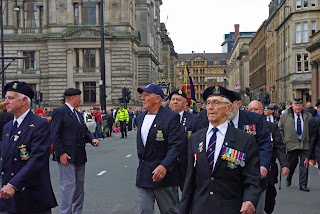 We had a stall in George Square on AFD which went extremely well. It was manned by S/ms Brian MacKenzie (Secretary, Joan Lowe (Vice Chair), Kenn McKinnon (Chairman/PRO) and two X Wrens. We had a lot of Gizzits and a Rum Barrel which went down well with the general public who donated generously to our association. The RNA Association contingent was led by S/m Eddie Pollar with S/m Brian MacKenzie as marker. A big thank you to all S/ms who attended the square and participated in the parade. Also thank you to our standard bearer S/m Kenny Grieve a job well done. After the parade all were invited into the City Chambers for a civic reception. Well done The City of Glasgow Royal Naval Association.
Posted by R N A. CHAIRMAN/P R O at 07:11