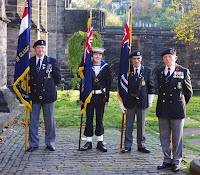 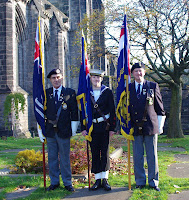 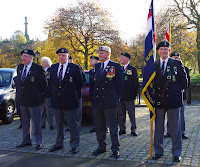 The Seafarer's Service was held in the Glasgow Cathedral and attended by several members of our branch. We formed up along with several sea cadet units and the Royal Marines Band, Scotland to be inspected by Commodore Charles Stevenson RN (Naval Regional Officer), before retiring to the cathedral for the service conducted by The Revd Dr Laurence Whitley MA, BD, PhD. After the service we retired to the concourse for a short concert by the Royal Marines Band.